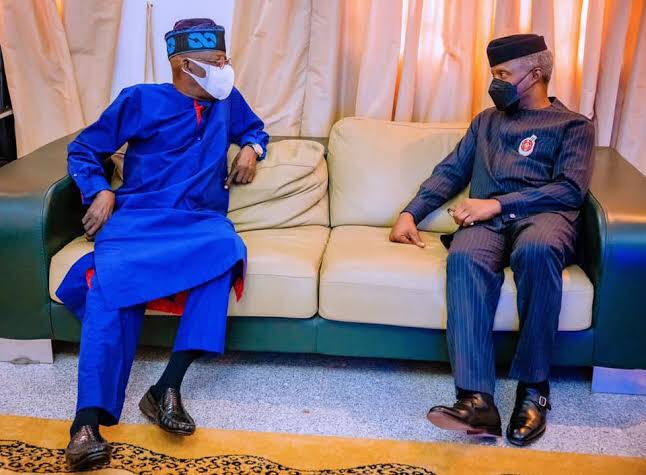 Both men are now to slug it out for the APC presidential ticket during the party’s primary in May.

Shortly after his consultation with APC governors today April 11, Tinubu was accosted by newsmen to react to the declaration of ”his son”, an apparent reference to Osinbajo.

“I don’t have any son grown up enough to make such declaration.”

Watch a video of him speaking below;