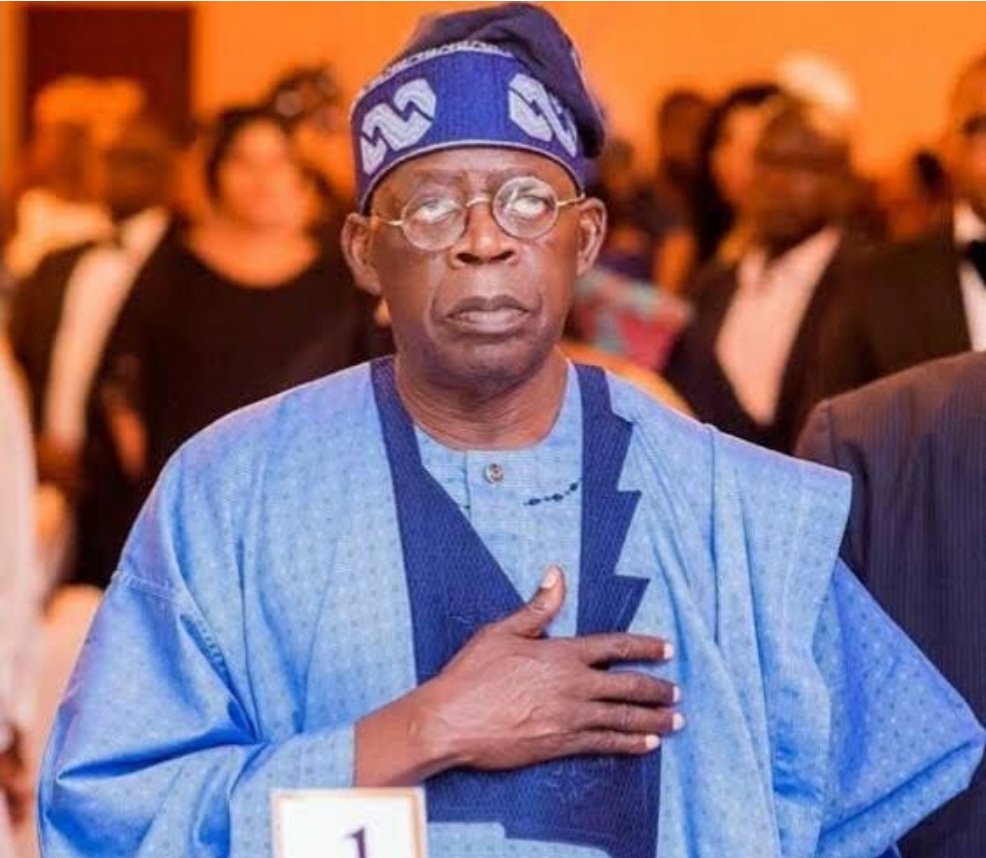 The Economic and Financial Crimes Commission, EFCC, has been issued a seven-day ultimatum to begin the process to investigate and prosecute the National Leader of the All Progressives Congress, APC, Asiwaju Bola Tinubu.

Concerned Nigerians advocacy group issued the ultimatum, in a letter addressed to the EFCC Chairman, Abdulrasheed Bawa, and dated March 25, 2022.

The letter signed by Deji Adeyanju, urged the EFCC to probe the source of money conveyed in bullion vans to Tinubu’s home during the 2019 Presidential election.

Adeyanju warned that failure to comply within seven days, the group will approach the court to compel the EFCC to carry out its duties.

The activist wondered why the anti-graft agency was yet to probe Tinubu after receiving the body’s petition two years ago.

He accused the EFCC of selected justice with the arrest of former Governor Willie Obiano of Anambra State, while Tinubu goes about freely.

The full text of the letter reads…

RE: PETITION TO INVESTIGATE THE SOURCE OF MONEY CONVEYED IN BULLION VANS TO THE HOME OF ASIWAJU AHMED TINUBU ON THE EVE OF 2019 PRESIDENTIAL ELECTION.

The above subject matter refers.

You will recall that on the 25th day of October 2019, we submitted a petition to the Economic and Financial Crimes Commission (E.F.C.C), requesting an investigation into the appearance of bullion vans in the compound of Asiwaju Bola Ahmed Tinubu on the eve of the 2019 elections. The petition is herein attached.

However, we note that more than two years after the petition was received and acknowledged by the E.F.C.C, the commission is yet to prosecute Bola Ahmed Tinubu or in the alternative, issue us with a copy of its investigation report. Ironically, in the intervening period between our first letter and this reminder, the commission has investigated several high-profile suspects, mainly of the opposition stock, and even charged some to Court. Just recently, the Commission arrested the former governor of Anambra state, Mr. Willie Obiano, and leaked a video of him under the E.F.C.C’s custody.

We, therefore, wonder, why is the commission unwillingly to investigate and prosecute Mr. Bola Ahmed Tinubu? The only conclusion we can arrive at is that the commission engages in selective prosecution of suspects, contrary to the clear dictates of the law. It is important to remind the commission that section 1 of the Money Laundering (prohibition) Act states that no person or body corporate shall, except in a transaction through a financial institution, make or accept a cash payment of a sum exceeding N5,000,000 (in the case of an individual) or N10,000,000 (in the case of a body corporate).

You may note that the present government rode on to power on an “anti-corruption mantra”. It is ironic to note that the commission is unwilling to investigate and prosecute one of the government’s major backers, contrary to the president’s stance on total anti-corruption fight, irrespective of whose ox is gored.

Sequel to the foregoing, we, hereby, demand that the commission initiates criminal charges against Mr. Ahmed Bola Tinubu or send us its investigation report on our earlier petition (in the event that the commission finds him innocent), within seven working days from the receipt of this letter.

Please take note that if our demand is not complied with within seven working days from the receipt of this letter, we shall approach a court of competent jurisdiction, seeking an order compelling the commission to perform its statutory duties.