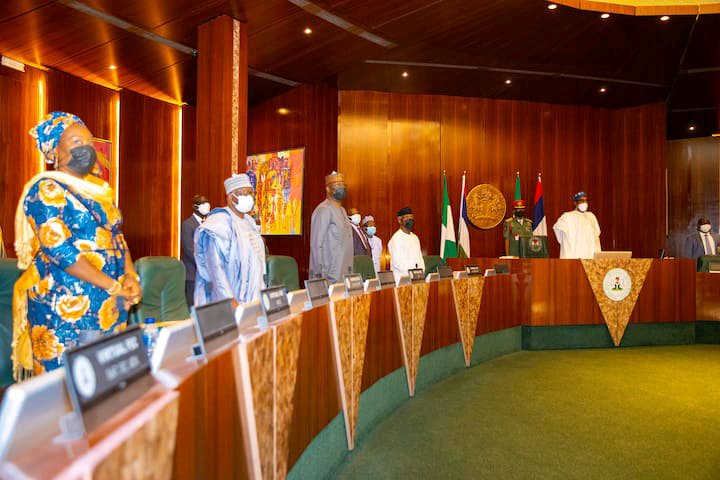 President Muhammadu Buhari is in a meeting with All Progressives Congress (APC) Governors at the State House, Abuja.

The meeting, which was reportedly called by Buhari, is believed to be focused on ensuring the ruling party holds a successful National Convention on Saturday, March 26.

The Governors arrived at the vicinities of the Aso Rock Presidential Villa after the weekly virtual Federal Executive Council (FEC) meeting, The Nations reports.

They were led to the meeting by the chairman of the party’s Caretaker Committee Governor Mai Mala Buni.

Similarly, APC stalwarts in the south have also expressed their reservation for some candidates in the race for the chairmanship seat of the party.

One of those candidates is 75-year-old Senator Abdullahi Adamu with whom they regarded as having strong hatred for the southern region.

The southern delegates questioned his loyalty and commitment to the course of zoning the presidency to the south after making a cryptic statement against the zoning policy.